Home » How Does the NHS Staff Shortage Affect The Cycle Of Treatment? 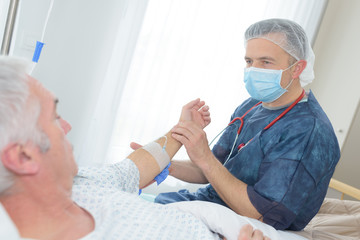 Of the many points of contention that pop up in UK politics seemingly every other day, the NHS is chief amongst them. We all remember the infamous bus from the Leave campaign back in 2016 that promised £350 million to the NHS. This is just the most recent example of politicians using the NHS as a bargaining chip, but beneath the lies and the exaggerations there is one cold hard fact – the NHS is understaffed, and in the event of a no-deal Brexit, things are bound to get worse.

The service is in the midst of a major campaign to recruit workers from other countries, as currently, only a small percentage of NHS workers (56 in every 1,000) come from other EU countries. In the wake of Brexit, EU nationals are bound to be less attracted to the UK, and our healthcare will suffer as a result.

Global competition for trained medical staff continues to increase as countries become wealthier, and their populations start to live longer. As a result, the WHO believes there will need to be more than 18 million new health workers worldwide by 2030. The worse shortages are bound to be in the poorest countries, but the UK is also being hit.

By 2030, it’s been estimated that the NHS could be short by as many as a quarter of a million staff unless major action is taken right now. Attracting skilled workers from abroad was once less complicated, but with Brexit leaving them unsure of whether or not they would be welcome in the country. But how will a shortage directly affect the cycle of treatment and what could potentially be done to reverse the trend?

See also  Top Companies in the US offering Health Coverage 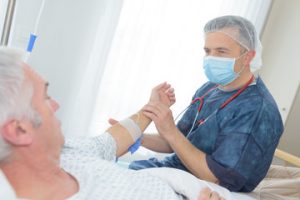 The cycle of treatment begins with diagnostics and ends in dismissal. Between those two poles, there are many different potential stages to consider, all of which are complicated by a lack of staff. What if, for example, the diagnostic stage remains inconclusive, and the patient has to be sent for further tests.

If there is nobody available to administer those tests, then the patient will either have to wait longer, potentially getting sicker, whilst heavy patient flow continues, and the pressure on the staff who are actually working gets heavier and heavier.

Whilst NHS staff shortages will undoubtedly continue for the foreseeable future, however, if the patient flow is improved, then the strain on staff can be mitigated somewhat. Digital solutions can be utilised to improve the speed and efficiency of care, making sure the right care is delivered to the right patent and that the right nurses or doctors are seeing the right people at the right time.

These solutions will never be able to replace sheer numbers, but they can go a long way towards making sure the cycle of treatment is not disrupted by a lack of workers.