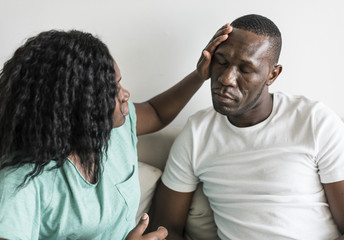 Nigeria is the most populous country in Africa with a population of about 186 million people (recorded in 2016). It is a diverse nation made of various ethnic groups, 380 languages, and a wide range of cultural and religious beliefs and practices. Nigeria is also a developing nation faced with numerous health challenges. Today we will look at the common diseases in Nigeria. These are the most popular illnesses affecting Nigerians today.

Knowing these common diseases in Nigeria will help the country’s health ministry to address it appropriately. It will also help Nigerians to know which diseases are widespread and how they can take the necessary steps to avoid them. 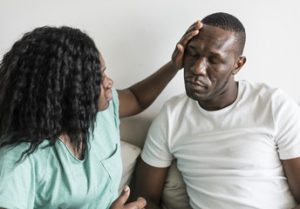 10 Most Common Diseases In Nigeria

Malaria is a serious, sometimes fatal, disease spread by mosquitoes. This mosquito-borne disease caused by the Plasmodium parasite. The early symptoms of malaria include:
Chills, high fever, profuse sweating, headache and nausea.

The malaria statistics in Nigeria are very shocking, and that makes it undoubtedly the number one most common disease in Nigeria. Malaria accounts for 60% of outpatient visits to health facilities in Nigeria, 30% of childhood death, and 11% of maternal mortality. Over 100 million malaria cases yearly and over 300,000 deaths per year in Nigeria.

Although malaria is treatable by a medical professional, it is still a fatal endemic in the country. More than 3% of the population live in rural areas that highly prone to getting malaria infections.

The global healthcare community has tried to alleviate malaria spread in Nigeria by the Roll Back Malaria (RBM) initiative, Topical Disease Research (TDR) implementation, and the Insecticide-treated net (ITN) distribution.

The parasite have developed resistance to the common antimalarial drugs in Nigeria.

Patients do not comply with the drug dosage, maybe due to lack of education.

Self-medication and presumptive treatment by patients.

Proactive steps needs to be taken by the government to combat malaria. Equally, Nigerians should be willing to prevent malaria and adhere to medical treatment of malaria.

It is usually caused by an infection of the lung alveoli and smoking.

Lower respiratory diseases are also widespread diseases in Nigeria. It ranked as the 4th most common cause of death in Nigeria in 2016. There are approximately 1.5 million cases of pneumonia in Nigeria yearly.

Lower respiratory infections also account for 8.3% of premature deaths in the country.

Nigeria has the second-largest number of people living with HIV in the world. With over 3.2 million Nigerian living with HIV and over 2.9 million adults, HIV is still a widespread health issue facing the country.

Six states account for up to 41% of people living with HIV in Nigeria. These states include Kaduna, Akwa Ibom, Benue, Lagos, Oyo, and Kano. The region with the highest HIV prevalence is the the South South Zone (5.5%). It is lowest in the the South East Zone where there is a prevalence is 1.8%. There are higher rates of HIV in rural areas in Nigeria, compared to the urban areas.

The issue is fatal and has lead to approximately 160,000 people dying from AIDS-related illnesses in Nigeria in 2016.

You might wonder, why is HIV so prevalent in Nigeria? The reasons range from many risk factors that contribute to the spread of HIV among Nigerians. These include prostitution, a high prevalence of sexually transmitted infections (STI), high-risk heterosexual and homosexual practices which are done secretly, international women trafficking, and irregular blood screening.

Although there are so many HIV prevention programmes in Nigeria, the prevalence of HIV in Nigeria hasn’t dwindled. Cultural, legal and structural barriers have affected them.

There is still hope for the future with more development in the healthcare sector in Nigeria.

Diarrhoea is a common Infection from viruses, bacteria and parasites, like rotavirus, salmonella and giardia. They usually affect children and can be fatal.

The reason why diarrheal diseases are high in Nigeria is due to dirty water, sanitation, and poor hygiene.

Diarrhea is prevented by maintaining optimum hygiene and proper sanitation. It can also be treated easily.

Measles is a very deadly and communicable respiratory disease. Measles is so contagious that is can spread to up to 90% of people sharing a living space with just one infected person. Globally, measles claims the lives of 22 people each hour,that figure means that about 197,000 people die every year from measles; It is also a leading cause of mortality among children most especially the under fives.

Although the vaccine for measles is available, measles has still posed as a a difficult health threat to Nigerians.  The spread of measles in Nigeria, is fuelled by poverty, lack of access to medicine and lack of education. Although there has been a drastic fall in the cases of measles by up to 74% within the last 15 years, the disease stills claims thousands of lives in Nigeria. 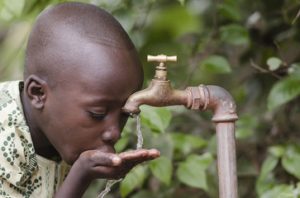 Protein-energy malnutrition (PEM) is a kind of malnutrition that is said to be a group of pathological conditions caused by lack of dietary protein and energy giving foods in varying proportions. The condition can be mild, moderate, and severe. PEM is mainly caused by inadequate nutritional intake, decreased absorption or abnormal metabolism.

The factors that can lead to PEM include socioeconomic status low income, low education, diarrhoea.

Cancer is a malignant disease condition arising from
uncontrolled division of cells in the body to form a mass of tissues.

Although cancer is still a prominent health challenge globally, it is taking a massive toll in Nigeria.

Apparently, cancer incidences and deaths in Nigeria are increasing from year to year.
However, a majority of the common cancers are preventable or curable if they are detected and treated early.

Meningitis is simply the inflammation of the membranes, surrounding your brain and spinal cord, called meninges. An infection causes it.

See also  4 Symptoms Of Intestinal Parasites And How To Do a Parasite Cleanse.

However, the government has provided meningitis vaccines to most of the population.

Stroke is one of the major causes of morbidity and mortality globally, and it is likely to be worse in developing countries over the next two decades based on the predictions by the World Health Organization (WHO).

The rate of prevalence of stroke in Nigeria is 1.14 per 1000 people, with the fatality rate is as high as 40%. There are also more than 200,000 cases of stroke recorded yearly in Nigeria.

Tuberculosis is another common disease in Nigeria, that affects a significant per cent of the population. Tuberculosis is a potentially fatal infectious bacterial disease that mainly affects the lungs. It is spread in the air by bacteria and is very widespread.

The prevalence of tuberculosis in Nigeria is soaring by the second.
Nigeria currently ranks as 7th in the world and 2nd in Africa among the 30 countries with the highest burden of TB, TB/HIV, and multi-drug resistant TB.

In 2018, A report showed that they were up to 302,096 tuberculosis cases undetected in Nigeria.

The above are some of the most common diseases in Nigeria. Other like, typhoid, mental health issues and obesity are also honourable mentions. Knowing these deadly illnesses in Nigeria should motivate the government and healthcare to intensify their efforts to make adequate health available for all Nigerians.

These common diseases in Nigeria should also help you to work hard at living a healthy lifestyle now!

This article was originally written by Nwokolo Collins.