Home » Are There Any Differences Between Dependence & Addiction? 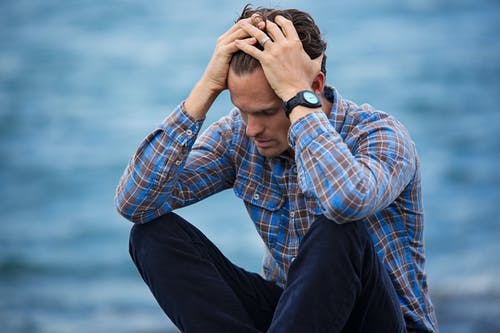 To be perfectly honest, it’s a little confusing, isn’t it?

The short answer to the question in our title is it varies, and it varies because it depends on exactly who you are talking to – a doctor, a drug rehab, a different drug rehab, even a different doctor, a private psychologist or another person or organization, as these two terms – dependence and addiction – tend to get used by everyone in different ways, and often, the terms are used interchangeably.

This confusion is the very reason why most experts, professionals and authorities working within the field of substance “addiction” simply try to avoid using the terms altogether. Out of the two, “addiction” is still probably only used more because it’s more in common usage in normal, everyday language.

In fact, the foremost authority on mental health and behavioral disorders is the American Psychiatric Association (APA), who produce the absolute “bible” of these disorders for all medical professionals, the “Diagnostic and Statistical Manual of Mental Disorders” (Fifth Ed.), known as DSM-5, and the APA have actually designated another term entirely for drug or alcohol “addiction” – “substance use disorder” (SUD).

Now, substance use disorder is the accepted and preferred term in the medical science community. And, as you are no doubt aware, the term is certainly getting used more and more these days.

Proof of that comes from the National Survey on Drug Use and Health (NSDUH) in 2017, which found around 20 million American adults had a substance use disorder; within that 20 million, 74% had an alcohol use disorder (AUD), and 38% had an illicit drug use disorder. Proof comes from the huge rise in fatal opioid-related overdoses (over 81,000) seen between May, 2019, and May, 2020, too.

Proof also, sadly, comes from myself. Before I found my way into a professional detox in Phoenix, Arizona, I was addicted to both cocaine and alcohol. In other words, I had a SUD and an AUD. After detox, I underwent an intensive outpatient program (IOP), again Phoenix, and finally found true sobriety.

I’ve been clean and sober for over 6 years now. At the time I was actively using and drinking, I couldn’t care what you termed my condition – dependence, addiction, or just plain, old ill. Now, I still call myself a recovering addict, but I’m many other things too, such as a writer.

However, let’s answer, as best as we can, and using the appropriate professional resources, the original question of our title – Are There Any Differences Between Dependence & Addiction? How can we do this? Because the two terms used to be distinct, before they seemed to merge into being just one, or, at least, implying the same thing.

You can have a physical dependence without being addicted. However, if you continue the substance use, you’ll be addicted very, very soon.

On the other hand, “addiction” is characterized by a change in behavior caused by the changes in the brain that occur after regular and continued substance abuse. When this happens, it becomes the main priority of the addict to use, use, and use again, to the absolute detriment of everything else. Therefore, addiction is both a mental and physical dependence.

See also  How To Help Someone In Rehab Recover Successfully

Because of the level of confusion which was generated by the irregular use of these terms, the APA, in 2013, released their fifth edition of the DSM. In this edition, the APA avoided the two entirely, and began using the current term – substance use disorder. Since then, substance use disorder is now the medical term for addiction.

We got there in the end, didn’t we?

If you are experiencing problems controlling your use of drug (illicit or otherwise, like prescription drugs) or alcohol – or both – please, please make an appointment to see your family physician. Be honest, and be open with your doctor. If they decide that you have a substance use disorder of some description, they can refer you to the help you need. Believe me, if that happens, take the help. There’s a good chance it will save your life. You can use rehab to overcome drug addiction, and get back to your best health.

Gerard Bullen has been working in the field of the U.S. addiction treatment for several years, and is a member of the American Medical Writers Association. His writing includes white papers, medical research reports, guides, opinion-editorials, and short articles for informational purposes. Just like this one.