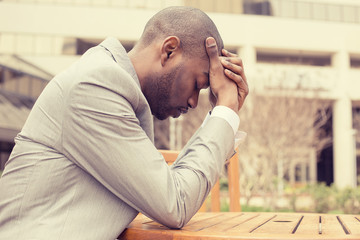 Reports by the World Health Organization reveal that depression affects over 300 million people globally. Unfortunately, the ever-increasing number of depression victims can be attributed to a lack of enough knowledge on the condition. It is not until recently that depression became viewed as a serious ailment that requires medical treatment. To help create awareness on depression, below is a list of ten important facts everyone should know about the medical condition. 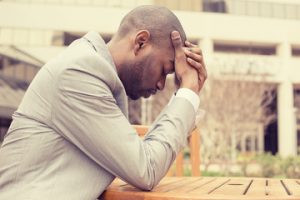 1. Depression is a medical condition

As indicated by the WHO, depression is among the most misdiagnosed medical conditions in the world. In many occasions, victims tend to assume that they are undergoing a rough patch which, over time, will fade just like before. However, that perception could not be further from the truth. It is important to understand that, similar to other medical conditions, and depression should be taken seriously. That is, you should seek medical attention immediately the symptoms of depression begin.

Despite its status as a legitimate medical condition, depression does not have a specific trigger. In fact, depression has multiple causes which vary depending on an individual. Children can become depressed due to family, social or school-related stress. For some, depression can be caused by fatigue, anger, anxiety or even a change in routine. However, other people, especially those with a family history of the condition have increased chances of being depressed at some point in life. Many people also wonder if depression is hereditary.

3. Depression can affect anyone 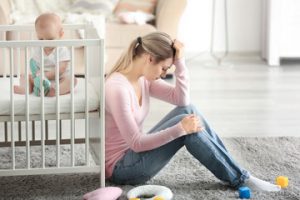 Contrary to popular belief, children, too, can be victims of depression. For the longest time, depression has been viewed as an adult condition. However, children are also affected by depression, more so those exposed to violence, trauma, maltreatment, or any other stressful conditions. Due to this, it is important to keep a close eye on children and their respective behaviors.

See also  8 Foods that Cause Urinary Incontinence in Seniors

As much as it may be hard to believe, depression directly harms your physical health. A depressed individual is more likely to develop cardiovascular diseases and stomach problems as compared to someone without the condition. Moreover, physical conditions can also lead to depression. For instance, an individual with an illness can gradually develop depression as a result of overthinking and overstressing about the condition. In advanced situations, depressed people tend to develop suicidal thoughts which, if not immediately addressed, can lead to fatal outcomes.

Shortness of breath, stomach upset, physical tension and even headaches are all symptoms of depression. As mentioned earlier, depression has a direct effect on the body. Mental health issues more often than not manifest in the body through symptoms of discomfort. Due to this, it is important to stay on the look-out for unusual body pains or physical discomfort. It is vital to seek medical attention once unusual symptoms persist. Remember, just like other medical conditions, early diagnosis is your best shot for treatment when it comes to depression.

6. Depression is mostly an invisible illness

Over the years, depression has transformed into a serious illness that can lead to fatal outcomes if not immediately addressed. In fact, the social media era has made it increasingly difficult to detect depression. In most occasions, victims of depression are usually in denial which makes it hard to detect the condition. Any individual, regardless of career or social status, can become a victim of depression. As a result, it is vital to check up on friends and family regularly.

7. Depression can be treated

Seeking treatment for depression, no matter how mild, is the safest way to prevent unwanted outcomes such as death or addiction. Since most depression victims are often overwhelmed by emotions, it is not uncommon for such people to develop drug-related addictions. Alcohol and marijuana are among the most popular drugs for depressed individuals. Once intoxicated, it becomes really hard for depressed victims to make sane decisions.

10. Depression lowers the quality of life

Over time, victims of depression find it hard to maintain relationships or even retain their jobs. As a result, such victims end up isolating themselves which consequently worsens the situation. Similarly, children diagnosed with depression find it hard to cope with the demands of school. This highlights the importance of dealing with depression before it takes a toll on a victim’s life. Therefore, to manage the effects of depression, it is important to promote a culture of communication and ensure you take enough time to interact with loved ones.

See also  How To Stop Your Eye From Twitching

Although opening up about issues does not completely prevent depression from occurring, regular communication prevents personal issues from spiraling out of control. Everyone, even the most successful people in life need a functional support system. To prevent depression from escalating to potentially fatal levels, WHO recommends promoting a culture of regular communication, more so through counseling and social interactions. You can get depression treatment at Honey Lake.

Since everyone is at risk of depression at some point in life, it is necessary to put up efficient measures to prevent the condition from creeping in during the more stressful phases of our lives.  There are many lifestyle changes that can cure depression. Therefore, it is advisable to maintain good social health, interact with trusted friends and family regularly and to talk about stressful personal issues which can lead to depression if not shared.