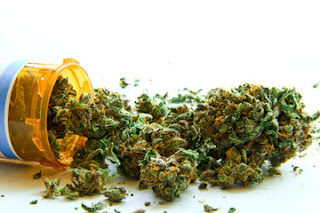 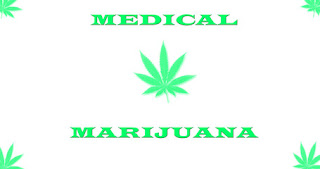 Medical marijuana, also called medical cannabis are dried buds of cannabis, which are used medically. They are cannabinoids, prescribed by doctors for medical therapy. The cannabis plant contains over 400 chemicals out of which 70 are cannabinoids. The number of chemicals in cannabis has made it difficult to study.

There are two main
cannabinoids in marijuana that
researchers and government officials believe have medicinal properties.

These are cannabidiol (CBD) which has effects the brain and tetrahydrocannabinol (THC) which has pain relieving and other useful medical applications.

Cannabis has been widely used for recreational purposes and it’s medical usage is controversial, because it’s production has been restricted by governments. Because of these restrictions the use of cannabis as a medicine has not been meticulously studied or tested. However some countries and states have legalized cannabis production and have reported it has a lot of medical uses. In Arizona where it is legal, Green Leaf medical marijuana doctors help patients through the entire process of obtaining a medical marijuana card.

So what are scientifically proven health benefits of medical marijuana? You’ll find out shortly.

1. Treatment of chemotherapy-induced nausea and vomiting

Chemotherapy treatment is associated with adverse effects such as nausea and vomiting, called chemotherapy-induced nausea and vomiting (CINV).
A systematic review of the published literature as of
2001 evaluated 30 trials and over 1300 patients. The review concluded that cannabinoids such as nabilone, dronabinol etc. were more effective than
conventional anti-emetics such as prochlorperazine, promethazine, and metaclompramide in treating acute CINV. However CINV treatment with cannabis is seldom used because it has side effects like dizziness and dysphoria.

Medical marijuana has been shown to benefit people suffering from post-traumatic stress disorder (PTSD). In fact, in New Mexico, PTSD treatment is a major reason why medical marijuana is used.  Cannabinoids, like THC, help regulate the nervous system in ths brain. It suppresses feelings of fear and anxiety in the body and brain. 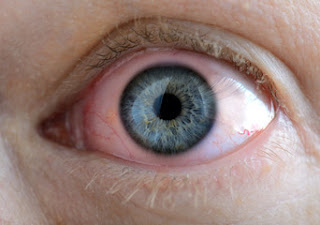 Glaucoma is a disease of the optic nerve, caused by increased intraocular pressure. The National Eye Institute  reported that smoking of marijuana can reduce intraocular pressure in the eye. Hence, marijuana has been widely discussed as an alternative treatment for treating glaucoma. But there are some pitfalls to using medical marijuana as a form of treatment. First, its action is short and lasts for 3 to 4 hours only. Second, it’s effects on your mood prevents you from driving or working. Finally, it also reduces blood pressure, which in turn reduces blood supply to the optic nerve. It is not recommended for long term clinical use.

A study in 2011, showed that cannabis is effective in the treatment of chronic pain caused by multiple sclerosis, fibromyalgia, neuropathy and rheumatoid arthritis. Recent reviews have proved that cannabinoids
were effective for treating chronic pain. Another study published in the Canadian Medical Association Journal
suggested that medical marijuana is a reliable method of treating the symptoms of multiple sclerosis. Marijuana has also been said to treat rheumatoid arthritis.

ALSO READ: How To Improve Your Social Health

In 2003, a study by Robert J. DeLorenzo, of Virginia
Commonwealth University, showed that medical cannabis was able to rid epileptic rats of the seizures for up to 10 hours.
THC, a cannabinoid, does this by binding to
the areas in the brain responsible for
controlling excitability and stimulating relaxation.
Another amazing evidence came to light in 2013 when Charlotte Figi, then an eight year old, who suffered from a rare form of epilepsy was documented. Medical marijuana treatment was able to drastically reduce her seizures from 300 a week to just once a week.

Side effects of using medical marijuana

Common side effects that result from use or long term use marijuana includes:

• Decreased sex drive in some people.

• Irritation to the lungs, risk of developing
chronic bronchitis and lung cancer.

• Dependence and addiction to cannabis.
Pregnant women and people with heart diseases are to avoid marijuana.

You can get healthy hemp oil as an alternative.