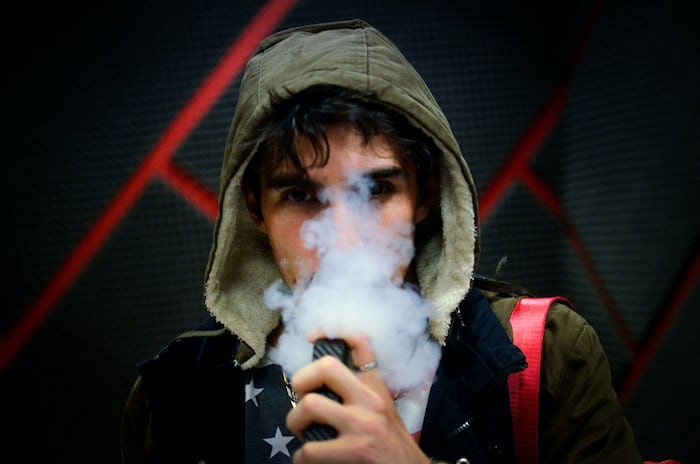 Vaping has become very popular in the last decade. Vapes were made to replace traditional cigarettes and have somewhat replaced them.

They are now widely used by many individuals, especially young people.

However, what are vapes? What are the health risks and side effects associated with vaping? And what are some health facts about vaping? This article will help you find out the answers to these questions.

Vaping is the act of using electronic cigarettes.

An electronic cigarette or e-cigarette is a simple handheld electronic device that is similar to traditional tobacco smoking.

The device works by heating a liquid, called an e-liquid, to generate an aerosol, commonly referred to as a “vapor,” which the user inhales. The e-liquid is usually made up of nicotine,

Having basic knowledge about vaping will help you understand the health effects and health facts about vaping.

Did you know that E-cigarettes were created as an alternative for adult smokers to eliminate the carcinogenic risks and mortality rates associated with smoking? 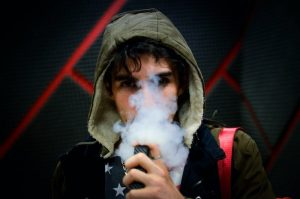 1. Vaping is safer than smoking

Vaping has been said to be safer than traditional tobacco cigarette smoking. E-cigarettes contain fewer carcinogens compared to cigarettes.

For example, nitrosamine, a potent cancer-causing agent, was found to be 97% lower in concentration among vapers.

Vaping is also said to be less harmful than cigarettes because they contain no tobacco and do not involve combustion.

Irrespective of all these health facts about vaping stated above, e-cigarettes cannot be as considered entirely harmless.

Many smokers switched to vaping because they believed it was healthier than smoking. Former smokers encouraged current smokers to use e-cigarettes as a way to quit smoking.

Even though the FDA does not recognize vaping as a device to quit smoking, many former smokers have used it to alleviate their addiction.

3. Vaping is better for oral health compared to smoking

Using E-cigarettes are better for your oral health more than cigarette smoking. The odor associated with cigarettes will be eliminated and replaced with nicer scents from e-cigarettes.

Mouth odors and tooth stain can also be avoided with vaping. Vapes contain e-liquids known as vape juice, which is much better than nicotine.

Although vaping appears to have less oral health risks than smoking regular cigarettes, it can still cause poor oral health.

Second-hand smoke from cigarettes is very harmful. However, second-hand vapor has been shown to contain few harmful chemicals.

A study was conducted in a small, poorly ventilated vaping store to determine the effects of second-hand vapor.

It showed that minimal concentrations of nicotine, acetone, and other chemicals that are expected to be harmful to others.

Hence, vaping does not expose other people to harmful chemicals that second-hand tobacco smoke does. There are still some health risks associated with second-hand vaping smoke.

See also  7 Realistic Health Goals You Should Set for 2019

5. The long-term effects of vaping are not known

Medical studies on the health and safety of e-cigarettes have reached significantly different conclusions.

There have been methodological issues, conflicts of interest, and inconsistent research, which has led to little or no proven knowledge about the long-term effects of vaping.

However, even though no significant conclusions can be determined regarding the safety of e-cigarettes, are not considered harmless.

More research on the health effects of inhaling the vapor needs to be done, because the long-term effects are not entirely known.

There is also very little information concerning the safety and considerable variability among vaporizers and their ingredients. 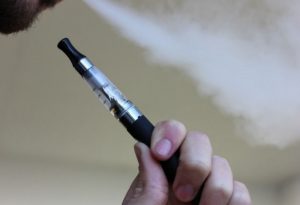 The ingredients of an e-cigarette may contain harmful chemicals. It is already established that they contain fewer carcinogens compared to tobacco.

However, they are other toxic substances that are present in the e-liquid and flavorings. The toxic content of the e-liquids varies. When an e-liquid comes in contact with the metal parts of the e-cigarette, it is contaminated with metals.

Carbonyl compounds such as formaldehyde will be produced when nichrome wire, which is responsible for heating, comes in contact with the e-liquid, is heated, and chemically reacts with the liquid.

The aerosol or vapor in the e-cigarette also contains ultrafine particles, tiny amounts of toxicants, carcinogens, and metallic nanoparticles.

However, the exact constituents of the vapor vary in composition and concentration depending on the manufacturers.

As for the flavorings, it was reported that some artificial flavors are cytotoxic.

However, an unflavored vapor is less cytotoxic than a flavored vapor. Most flavors contain diacetyl and acetyl propionyl, which are said to be safe when ingested but can cause respiratory harm when inhaled.

7. E-cigarettes could cause lung disease

Admittedly, the health risks of vaping to the lungs are not completely understood.

See also  Health Tips on How to Stay Well When Travelling

We know it is better for the functioning of the lungs and respiratory system compared to traditional tobacco smoking.

There has also been some evidence showing that vaping might hurt the body’s immune mechanism.

Can e-cigarettes cause cancer? That has been a question many people have wanted an answer to.

The carcinogenicity of e-cigarettes arises because of the nicotine and other contents in the vapor.

The truth, however, is that there is insufficient information to conclude that nicotine causes or contributes to tumor growth in humans.

However, it might increase the risks. The carcinogenic effects of an e-cigarette are minimal when compared to tobacco cigarettes. 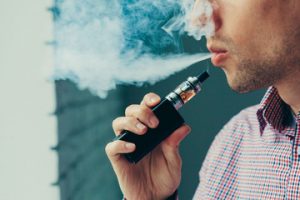 9. Effects of E-cigarettes on pregnancy

Nicotine intake is not safe for pregnant women, irrespective of the amount.

There are adverse effects of nicotine on prenatal brain development. Using vapes during pregnancy is unsafe.

Hence, an e-cigarette is assumed to be dangerous to the developing baby during pregnancy if the mother uses them. Nicotine is harmful to the growing fetus.

10. Common side effects of vaping

The last health fact about vaping you will learn are the common side effects of vaping.

These side effects of vaping are usually associated with short-term use. A 2015 study stated some of the serious side effects related to e-cigarettes. They were:

Vaping has become a popular social trend, and if you care about your health, it would be wise to find out the health effects, risks, and facts about vaping.