Home » Most Common Types of Cancer in Women Worldwide 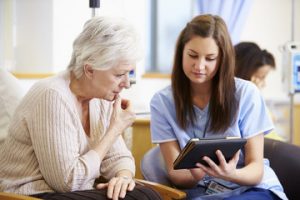 Cancer may not be one of the most pleasant topics to talk about. But the fact remains, that the menacing disease is rapidly becoming as common as fever, cough, and cold. Cancer is also among the common types of diseases affecting women.  There can be various underlying factors that act as the reason for the disease like lifestyle, food habits, and our environment as well. Although the specific cause of cancers are not yet known, some steps could be taken to prevent it. The first step is to find out the most common types of cancer in women worldwide. This article will help you find out that,  as well their symptoms and preventions.

• As per WHO, cancer is the second leading disease-causing deaths globally. It is estimated to be responsible for 9.6 million deaths in 2018.

• Approximately 70% of deaths occurring from cancer are in the middle and low-income groups.

• One-third of the cancer deaths are due to behavioural and dietary risks – high BMI, low fruit and vegetable intake, consumption of tobacco and alcohol, less or no physical activity.

It is always sagacious to keep yourself updated with the facts about the disease. Also, women ought to keep themselves aware of the signs and symptoms of the disease, undergo regular health check-ups to eliminate the risk and aid in early diagnosis of cancer.

Let us now discuss the most common types of cancer in women worldwide.

Most Common Types of Cancer in Women Worldwide 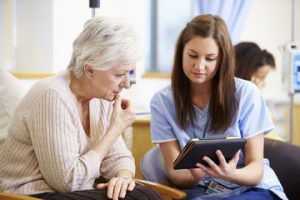 Most Common Types Of Cancer In Women Worldwide

If women understand the risk associated with cancer, they will be taking the first step towards minimising their personal risk of the disease. So let’s get started.

Breast cancer accounts for 30% of female cancer cases which means that a woman’s odds of getting the disease are 1 in 8. While there is no definite way to prevent it, being aware of the risk factors will help in dealing with it.

Women with a family history in cancer should be more diligent and look out for any signs or symptoms. If diagnosed at an early stage it can be cured easily. Also, once a woman reaches the age of 40, she should be regular with annual breast cancer screening with mammograms.

Following are the symptoms related to ovarian cancer. Women need to stay alert and consult a doctor if she experiences any symptoms that last for more than a few weeks

One should be aware if there is any family history associated with cancer. If a woman experiences any of the symptoms for more than a few weeks, then it is necessary that she consults a doctor at the earliest.

Similar to breast cancer, cervical cancer is also known to affect older women. But that does not completely rule out the possibility of young women getting it. As per a study, 78% of cervical cancer cases were detected in women aged 30-39 years, and 21% of the cases were diagnosed in women in the age group 20-29 years, according to the Centre for Disease Control & Prevention.

There are no early symptoms of cervical cancer, but as the disease progresses the following signs may be observed:-

One of the best ways to lower the risk of this type of cancer is using condoms as a preventive measure during intercourse. Smoking, having a weak immune system, having many children or multiple sex partners and long-term usage of contraceptive pills can all increase the risk.

Another form of cancer affecting women is the uterine or endometrial cancer. It accounts for around 7% of all cancer cases, and 4 & of female cancer deaths occur because of it. 1 in every 36 women is prone to uterine cancer. It is cancer occurs in the lining of the uterus. It is known to be one of the most common types of cancer affecting the female reproductive organ. It is more common than cervical and breast cancer.

Bringing a change in lifestyle and eating habits will help to curb obesity. Try and quit smoking if you are in the habit of it. Keeping your body active by exercising regularly can help in lowering the risk.

This type of cancer is associated with the thyroid glands in women and is known to account for 5% of all the cancer cases. 3% of the deaths in 2017 were linked to thyroid cancer .

• Lump in the neck
• Trouble breathing
• Difficulty in swallowing or hoarseness

Thyroid cancers are known to be the most treatable ones. Hence, early detection is the key to treat it while it is still budding. Hence, it is advisable for women to see their doctor at the earliest. For early diagnoses and best treatment find doctors at Xpertdox. With a team of experts and experienced doctors, it is easier to detect the deadly disease at the initial stage and curb it before it outgrows. 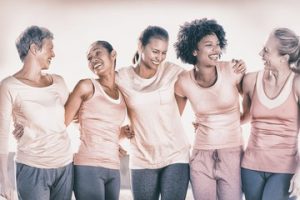 Now you have known the most common types of cancer in women worldwide.

Though the cases of cancer are increasing at an alarming rate due to several reasons which include stressful lifestyle, eating habits, and the surrounding environmental conditions, it is always possible to detect it in the initial stages by paying attention to unusual symptoms in the body.

It is necessary that women keep a check on their bodies, and consult their doctor if they notice any random changes in the body. It is rightly said, ”Prevention is better than cure.”