Home » Everything You Need to Know about Intraoral Dental Cameras 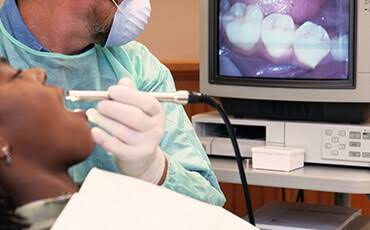 Intraoral Dental Cameras are tiny cameras which are indeed pungent and indispensable equipment of a dentist. They are also called Intraoral cameras or IOCs. These cameras are used by dentists and doctors to view the interior of the mouths of their patients. Intraoral camera were created as an alternative to using mirrors.  Intraoral cameras were introduced in late 1989 and are now widely used in the dental industry. Intraoral dental cameras helps the patient to see a clear picture of the innermost parts of their mouth, and also helps the dentist to consult with them on various dental treatment options. The images gotten from the IOC can be saved to a patient’s medical file for future reference.

How does an Intraoral Dental Cameras work?

These cameras are inserted in the mouth of a patient to get a detailed picture of the mouth. The camera is installed on an intraoral dental stick which shows a live video on the screen to provide a better view of the patient’s mouth. It helps the patient to understand the problem much more clearly. The intraoral stick is covered with a plastic sheet which makes it hygienic and sterile. This device is a small instrument which is easy to use and is more efficient than an X-Ray. The patients understand the procedure they must go through or why a certain surgery or medicine must be undertaken because they have a clear view and know where the trouble lies.

The Benefits Of Intraoral Dental Cameras 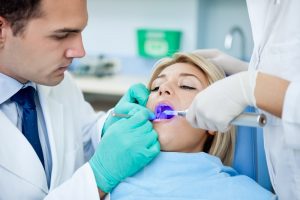 Images that are taken by intraoral dental cameras can be printed and stored in computers which help the patients to get insurance benefit with a proof. These images can also be sent to other dentists who might not be in the city and whose recommendations and suggestions are sought by the patient. The pictures clicked by intraoral dental cameras also help the dentists and patients in comparing the initial and final stages of treatment.

See also  Botox and The High Demand For It

These intraoral cameras help in diagnosing problems which might be difficult to spot by a naked eye. Through the close view of the teeth, small issues which might become huge in the long run are identified and solved. This saves a lot of money and the teeth of the patients. In a regular checkup, it allows the patient to see which part of the teeth has missed while brushing or flossing. It helps the patient in correcting the oral care routine and thus prevents the ill effects of her actions in the long run.

Evolution Of An Intraoral Dental Cameras 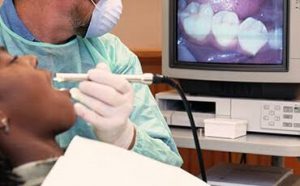 Like I mentioned abov, the first dental camera was introduced in the late 1980s, and then, the device was not was not easy to use and work with. It was a large machine attached to various other devices like keyboard, monitor, floppy disk, etc. It was a costly device which cost approximately $40,000. With time, the device also became user-friendly and substituted certain parts of the device with much more technology adept pieces like a large box attached to the device was replaced by a USB connection.

Today, the device is not bigger than a pen that can perform many functions. It costs nothing more than $5,000 today. It allows storage in the cloud also which makes it better for storing purposes.

Features of an Intraoral Dental Camera

Some of the features of an intraoral dental camera are given below:

See also  What Is the Medicare Advantage Plan? And Who Needs It?

Intraoral Dental Cameras have transformed the oral health care scene. It is not only useful in identifying the cause of any problem but also serves as a convenient tool to dentists. Today, all the dentists in the world to simplify the oral healthcare sector are using it.

YOU SHOULD ALSO READ: