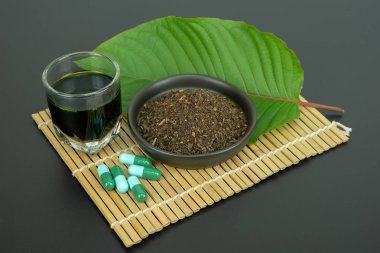 Leaves of the kratom tree can either be used as a recreational drug or as a medicine. Recreationally, kratom strains of the highest quality are either chewed or soaked in hot water to drink as tea. Here, kratom acts as a euphoriant that elevates the user’s mood and increases physical endurance.

When used as a medicine, kratom is said to have numerous potential health benefits, acting as a natural remedy and an alternative to classical opioids. It can potentially alleviate anxiety, depression, diabetes, pain, high blood pressure, opiate withdrawal, and ADHD.

What substance in kratom does this? Namely, kratom contains a chemical called “mitragynine,” which produces similar effects in the human body as morphine and codeine do. The primary effect is pain alleviation.

However, all these health benefits are potential and more research has yet to be done. Regardless of that information, we’ve decided to outline the research we found on the effectiveness of kratom in treating ADHD/ADD and its other potential health benefits.

Kratom and ADHD – does it work?

The scientific literature on treating ADHD with kratom is very narrow, and there are no facts to support this idea. However, numerous researches that followed a survey from 2017 led by Oliver Grundmann came to the following conclusions.

Around 60.3% of people who have ADHD/ADD reported having witnessed “significant improvement.” Originally prescribed medication for managing ADHD/ADD targets dopaminergic transmission, but there is still an ongoing debate of whether kratom can do the same.

There is a potential link between the two, as kratom can potentially mediate the dopaminergic signaling in ADHD/ADD patients. It can achieve this through the disinhibition of the GABAergic neurons.

See also  What Is The Best Way to Vape Delta 8 Cartridges?

However, take this info with a grain of salt – as we’ve outlined above that no scientific evidence strongly supports this idea yet. 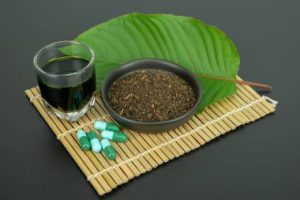 Does kratom increase the power of our cognition?

As most ADHD patients have trouble with maintaining the power of their condition, we’ve decided to tackle this topic as well. Unfortunately, kratom cannot increase our cognitive ability. We’ve found a study on even the potential cognition impairments after long-term kratom use.

Seventy regular users of kratom, and 25 control participants, were examined through the Cambridge Neuropsychological Test Automated Battery (CANTAB). Those who used kratom regularly were reported to have a deficit in new learning and visual episodic memory.

However, the good thing was that their motor, memory, and attention functions suffered no impairment. Regardless, we can conclude that dependency on kratom will provoke impairment in social functioning, which ADHD patients lack.

Other studies from Malaysia supported this information, but it’s true that despite these drawbacks, regular kratom users are people who rarely have any health problems, are employed, and are happily married.

Kratom and other potential health benefits

Kratom indeed provokes an aphrodisiac effect on the user. In addition, it is said to be very effective in alleviating pain. Green, red, and white vein kratom strains attach to opioid receptors in the human body and induce pain relief.

A compound in kratom called 7-hydroxy mitragynine is thirteen times more potent than morphine and is thus an effective natural alternative to synthetic opioids. Therefore, treating depression and anxiety with kratom may also be a viable option.

Other than that, opioid withdrawal and kratom seem to go hand in hand, as kratom is said to be effective in reducing severe withdrawal symptoms. As far as medical conditions are concerned, everything is still a little vague and not definite.

One thing is certain, though – kratom can enhance our mood and induce relaxation, which is what people who use it recreationally mostly want and is what makes it so popular and widely used.

Being cautious when using kratom is always highly advisable. Whether recreationally or for medical purposes, kratom usage should be carried out in moderation and carefully. We’ve listed all the possible positive effects kratom may have on the human body minutely.

As far as ADHD is concerned, there is a link between the effects Adderall produces and the effects kratom can have. However, there is no definite proof of this, so bear that in mind when you decide to purchase kratom for the first time.

In a nutshell, kratom is a very severe opioid, and sometimes it can cause harmful side effects. Twitches, watery eyes, anger, mood swings, diarrhea, fever, nervousness, and even hot flashes are just some of the many side effects regular kratom users have experienced after excluding kratom.