Home » Medical Reasons To Have A Circumcision 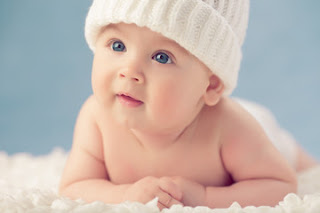 The practise of surgical removal of the foreskin -tissue covering the head- from penis, is called Circumcision.

There are three main categories due to which the circumcision can be recommended/carried out.
i: Medical
ii: Religious and Cultural Reasons
iii: HIV Prevention
Let’s start off with medical reasons.
MEDICAL REASONS
There are four potential medical reasons for circumcision but doctors disagree on how promptly circumcision should be offered as a solution. Majority of the doctors just save circumcision as the last resort, while others prefer to play it safe and recommend this surgery to provide relief to their patients and save them the trouble of prolonged treatments and its resulting pains. Nonetheless, without further ado, let’s go ahead and have a look at four (potential) reasons which contribute to ‘Why Circumcision?’
1. Phimosis
This medical condition can be described as ‘A condition where the foreskin is too tight to be pulled back over the head of penis; this can sometimes cause pain when the penis is erect and in rare cases, passing urine may be difficult.’
In babies, the glans and foreskin develop as one, only separating during early-mid childhood. And due to this naturally occurring phenomenon, the infant foreskin is frequently tight and inelastic. In these circumstances, some doctors might recommend circumcision, while others state that foreskin loses by the age of three and that true phimosis, which affects fewer than 1% boys, is very rare before the age of five, as reported by menshealthforum.
2. Balanitis
This is a condition where the glans and/or foreskin becomes inflamed. It can affect the men of all ages but common cases have been recorded against 3-5 years’ age group. Poor hygiene, is considered as one of the most common reason for this disorder. Moreover, tight foreskin, skin disorders and allergy to washing products -such as soaps- or spermicides in condoms can all damage the skin, and if it becomes infected then there is a very strong possibility that balanitis can develop. Furthermore, many sources dictate that it is not sexually transferable. However, a bacterium named ‘Candida’ can be a cause of transfer of this disease, so it is advised to refrain from inter-course during/if such an ailment appears.
Many doctors’ advice that this condition can be avoided by maintaining a proper hygiene, especially cleaning under the foreskin. But in recurrent cases circumcision might be needed.
3. Para–Phimosis
A condition where the foreskin can’t be returned to its original state after being pulled back. Considered by many doctors as one of the most painful ailments for men, it can cause the glans to be swollen and painful. If such an issue arises or befalls a male, then immediate treatment is necessary to avoid serious complications, such as restricted blood flow to the penis.
4. Penis-Cancer
Considered as the rarest of ailments that can occur in men, where a red patch, wart-like growth or ulcer appears under the foreskin. Immediate treatment is recommended to diagnose this situation as soon as possible to avoid any serious complications.
There are three possible solutions for this much rarer and severe condition.
a: Surgery to remove the cancerous cells
b: radiotherapy
c: chemotherapy.
Next up are the religious and cultural reasons for circumcision.
RELIGIOUS AND CULTURAL REASONS
Saying that circumcision can be dated back to ancient civilization won’t be as far-fetched as it may sound. Because of its primarily religious associations, it can be difficult for a lot of people to talk about circumcision surgery on health terms alone. Circumcision Center, however, deals with the medical side.
However, there is isn’t any authentic source to collect and validate the data in this regard. Many organization campaigning against it estimate that 1 out of every 4 males in the world are circumcised. National rates, vary widely from about 23% males in USA to 2% in Sweden.
And the last but not the least, HIV prevention.
HIV PREVENTION
The harsh reality of transferable ailments, no matter how small or severe are a scary thought. And none is more scarier than HIV, which has claimed the lives of countless humans over the past several years. However, according to AIDS, the international not-for-profit health organisation the Cochrane Collaboration has concluded that there isn’t any sufficient information to support the idea that circumcised men have less chance of contracting HIV. However, as menshealtforum elaborates it, not all scientists agree with this.
What everyone does agree is that all men can reduce the risk of an STD or HIV by wearing protection.
Circumcision Procedure:
The circumcision procedure is fairly simple. As it generally lasts about 1 hour for adults and 15 minutes for newborns, considering if there isn’t any complication. We have taken the liberty of breaking down the whole scenario in points, which will be able to present a much better picture
1. You will be admitted to hospital on the same day you have been scheduled for surgery. Your stay will likely last about a couple of hours after your surgery.
2. You will be asked not to eat or drink anything 6 hours before surgery.
3. Once you are admitted, you will be seen by the members of medical team carrying out the procedure, including your surgeon and anaesthetist.
4. If you have any queries or concerns then this will be the prime time to go ahead and ask. As the hospital staff, will be asking you to sign a consent form to confirm that you agree to the surgery.
5. You will either be given general -unconscious throughout the operation- or a local anaesthetic injection -It will numb the surrounding areas.
6. The procedure is relatively simple, the foreskin is removed just behind the head of penis, using a surgical scalpel or scissors.
7. And the bleeding can be stopped by cauterising the wound, and stitching the remaining edges of skin with dissolvable stitches.
Thanks for taking time to read. You can also tweet this to your friends and leave comments too.
Author’s bio.
My name is Tim Durkin and I am from Atlanta, Georgia. I like Surgery , Health Improvement and astronomy. I have done Masters in Health Sciences.
See also  4 Ways to Naturally Manage Your Pain Naturally