Home » Warnings Signs Of Dementia You Should Know 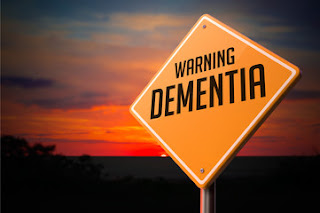 Dementia results in a loss of mental skills to the point of affecting a
person’s daily life. Dementia often results in memory loss, but it can also
affect the ability to plan and think clearly.

Dementia is the result of
changes in or damage to the brain. Depending on the particular cause and
the area of the brain that is affected, dementia symptoms will vary from
person to person. Memory loss, the earliest and most glaring symptom of
dementia is usually memory loss. Memory loss will often first occur surrounding recent events, or may manifest itself as a failure to recognize familiar people or places. Those being affected by dementia may also struggle to find the right word, or become distracted while performing a
multi-step task and following instructions.

Judgement Decision making is
another area in which people with dementia will struggle. Knowing what
actions to take during an emergency, or
understanding what words phrases or
information is appropriate for a given situation may also be difficult. Personal
Care Lapses in grooming, bathing, and overall hygiene may be a sign of
dementia onset. Dementia sufferers have difficulty keeping up simple
personal attention, and the problem may extend to mood and behavior
regulation as well. Depression is a common symptom, as are aggression and agitation. Some symptoms may indicate a
particular type of dementia:
– Frontotemporal dementia often causes
changes in personality and
unusual behavior. The condition may cause
people to seem callous toward
others, make rude or explicit comments, or
even expose themselves.
– Dementia with Lewy bodies may frequently
fall, and they experience
visual hallucinations.
– Vascular dementia, which is often caused by
a stroke, is characterized
by a sudden onset of dementia symptoms.
The most notable cause of dementia is
Alzheimer’s disease, and stroke is the
second. Sometimes dementia can be reversed,
but it most often cannot. Other
causes, for which there is no cure, include:
– Parkinson’s disease
– Atherosclerosis (severe hardening of the
arteries)
– Long-term high blood pressure
– Loss of consciousness from a serious head
injury
– Huntington’s disease
– Leukoencephalopathies (diseases affecting
deep, white-matter brain
cells)
– Creutzfeldt-Jakob disease
– Brain injuries sustained from boxing or
accidents
– Multiple Sclerosis (MS) or Amyotrophic Lateral
Sclerosis (ALS)
– Late-stage syphilis.

Sometimes dementia symptoms may result from
a treatable condition. When the
condition begins to improve with treatment, so
too will dementia. These
treatable causes are:
See also  Klinefelter's Syndrome: Causes, Symptoms, and Treatments
– Hypothyroidism (under-active thyroid gland)
– Deficiency in Vitamin B12
– Lead or heavy-metal poisoning
– Drug interactions and side effects
– Brain Tumors
– Normal-pressure hydrocephalus
– Chronic alcoholism
– Encephalitis
– HIV/AIDS
Everyone experiences degrees of memory loss and
a slowing of mental
capabilities as they grow older, but the
degeneration may not be drastic
enough to affect day to day activities and qualify
as dementia. Dementia
can develop quickly, or it may occur slowly over a
number years. Seek the
advice of a physician if you or a loved one is
experiencing symptoms. 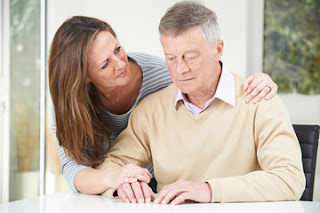 Author’s Bio:
Sara N. Larson has a passion for a healthy
lifestyle. She firmly
believes that it is important for everyone,
especially seniors to maintain
an active lifestyle along with a wholesome diet
for their well-being and
that is what she writes about. Sara has recently
joined the Marketing team
of Fort Myers Home
Care.