Home » A Beginners Guide to Chondroprotection

Arthritis is considered to be the most common joint-related condition in the world. Some shocking statistics reveal that roughly 54 million people in the USA alone suffer from arthritis, and that roughly half of people aged 65 or over have clinical signs of arthritis.
Arthritis can lead to ongoing joint pain, reduced mobility and difficulties in completing everyday activities. Bearing in mind both how common and yet debilitating arthritis is, it should be no surprise that considerable resources have been invested into better understanding the condition. By better understanding the causes of joint damage it is possible to consequently invest solutions to reduce its impact. This is where chondroprotection comes in. 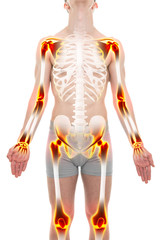 The functional building blocks of your joints are two different substances; cartilage and a group of protein/sugar combinations known as proteoglycans. These substances are created by special cells known as “chondrocytes”, which get their name from the Greek words for “cartilage” and “cell”. Chondrocytes are therefore literally “cartilage cells”.

Chondroprotection is the process of protecting either the chondrocytes themselves from damage, or of supporting the joint matrix that they produce by supplementing the diet. Both concepts aim to achieve the same goal; lessening the downward spiral in joint health which can lead to the symptoms we know as arthritis.
In this article we’ll take a look at some of the most heavily-researched chondroprotective agents known to help you protect your joints long into the future… 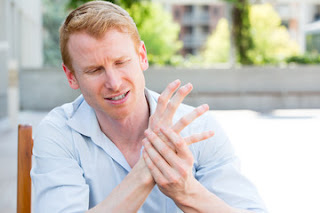 While there are a number of different substances that are claimed to have chondroprotective properties many of these have received little in the way of rigorous scientific research, or seem to display unfortunate side-effects. There is good evidence for the protective effects of a number of substances.

Glucosamine is possibly the best-known joint supplement on the market, with thousands of people self-medicating each day. As well as being the best-known chondroprotective agent, it is also arguably the most heavily-researched, having proven time and again to be both effective and safe, even at relatively strong doses.
One study on the effects of glucosamine provided either 500mg of glucosamine sulphate per day or a placebo. These treatments were taken by a group of 252 patients suffering from arthritis of the knee. Some four weeks later independent doctors were asked to assess the individuals, reporting on whether they felt the treatment was having a beneficial impact. The results showed that an impressive 55% of those in the glucosamine group demonstrated positive improvements in their condition. It was therefore concluded that “glucosamine sulphate may be a safe and effective… slow acting drug for osteoarthritis”.
Elsewhere, studies have demonstrated that supplementation with glucosamine seems to increase the rate at which chondrocytes actually produce the substances that make up joints. Cartilage samples taken from older joints were treated with a glucosamine solution in the laboratory, and the production of the beneficial proteoglycans was measured. It was found that the rate of production almost doubled when treated with glucosamine, with the experts claiming that their results show glucosamine may improve the chondrocyte’s “ability for repair and regeneration”.

Chondroitin is a second substance that seems to show positive effects on joint health. It is another very good chondroprotective agent.  For example, one study provided 800mg per day of chondroitin sulphate to 104 arthritis patients. Like glucosamine, the full benefits of chondroitin can take time to show benefit, so the participants were called back after a full year of ongoing supplementation to assess any improvements. It was found that “functional impairment was reduced by approximately 50%”; a significant improvement.
Arguably even more popular than chondroitin alone is a combination of both chondroitin and glucosamine, as they are believed to work in slightly different manners. Such combinations have been heavily researched, and have found to help slow age-related joint degradation.
Individual scientific experiments can be prone to outliers or inaccuracies. These are resolved through a process known as a “meta-analysis”. Under such circumstances the results of numerous different past studies are gathered together, checked for quality and then combined to draw far more robust conclusions. Just such an analysis was carried out on past research looking at combinations of glucosamine and chondroitin. The scientists in question concluded that “there is abundant… human clinical evidence of both their efficiency and safety”.
Another similar meta-analysis sought to understand how chondroitin seems to positively impact age-related joint decline. The evidence gathered suggested that chondroitin doesn’t just act in one single manner, but instead may positively impact joint health in a number of different ways.
The scientists discovered convincing evidence, for example, that chondroitin stimulates the chondrocytes, increasing the rate at which they produce joint cartilage. This, in turn, reverses the natural reduction in healthy cartilage typically seen in arthritis. Alongside this activity however, past studies also point to chondroitin’s ability to suppress the process that actually leads to the degeneration of joint cartilage in the first place. In both reducing cartilage loss, and speeding up cartilage production, it is little wonder that chondroitin is one of the most highly-regarded chondroprotective agents known.

See also  Why Biotin Is Vital For Good Health?

The substances discussed so far are typically consumed orally, in tablet, capsule or powder form. While it is possible to source hyaluronic acid tablets the more common treatment method is rather more extreme…
Most scientific studies have focused on injections of hyaluronic acid directly into the joint itself. While the evidence suggests positive chondroprotective properties as a result of such treatments, it is obviously not the sort of medication that one can self-administer. This mode of treatment therefore makes hyaluronic acid a rather less practical, and as a result a rather less popular, source of chondroprotection when compared with orally-dosed treatments.
All the same, despite these weaknesses, in more severe cases of joint degeneration hyaluronic acid can prove beneficial. One well-designed study injected hyaluronic acid into one knee, and a placebo saline solution into the other, to compare the differences in individual participants. The results showed that 30% of joints receiving the placebo treatment developed “severely damaged cartilage” while the figure was a much more impressive 20% in the knees treated with hyaluronic acid. The study concluded that hyaluronic acid “delays the progression of osteoarthritis effectively and improves joint lubrication significantly”.

ALSO READ: 8 Common Health Issues That May Trouble You in Old Age

MSM, or to give the substance its full name of Methylsulfonylmethane, is a rather less well-known substance that seems to offer chondroprotective properties. Like chondroitin, MSM has largely been overshadowed by glucosamine in terms of rigorous scientific investigation. However just because MSM is less well studied does not necessarily mean that the beneficial impacts are less.
One study provided one of four different treatments to volunteers. Arthritis sufferers were given either 500mg of MSM, 500mg of glucosamine, a combination of both substances or a placebo. Patients were evaluated before and throughout the 12 week program, looking at everything from painkiller use to walking speed. Most significantly of all, participants were asked to report back on the severity and frequency of joint pain experienced during the treatment period.
Pain scores started as an intensity of 1.74. As it turns out, MSM “significantly reduced” pain scores to just 0.74. Interestingly, the glucosamine group did even better, with scores falling to just 0.51. Best of all, however, was the combination treatment, which saw pain scores fall to 0.47. Joint swelling also declined for all active treatments. From these results we can deduce that MSM does indeed seem to offer chondroprotective properties, but the benefits of MSM are even greater when taken in conjunction with other well-known medications such as glucosamine. 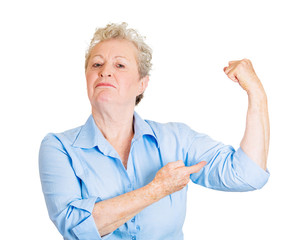 See also  5 Types of Massage - What Type is Right for You?

Chondroprotection is an exciting development in the fight against arthritis, with a growing list of substances showing positive impacts. While there is little evidence to suggest that consuming glucosamine, chondroitin or MSM will prevent arthritis, there is a growing belief that these treatments may slow down the progression of arthritic joint degeneration in those affected.
If you’ve recently started to experience the odd twinge of pain in your joints you may want to consider further investigating the options discussed above further. To learn more about MSM, possibly the least known of the options currently available, please click here.