Home » 7 Healthy Varieties Of Coffee You Must Try 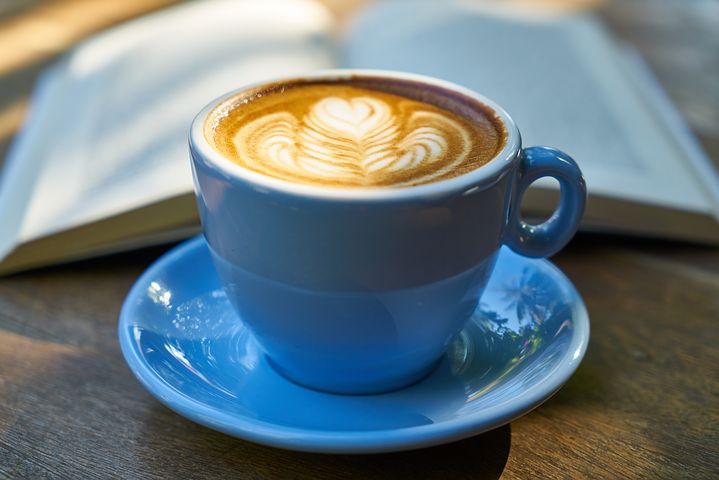 Coffee drinking culture is not bound to any one country, but it is prevalent in the whole world. Every morning millions of people want a cup of their favorite flavored coffee as soon as they open their eyes. The intake of caffeine makes them feel energetic, and they need a regular dose of it to get through the day. The content of caffeine is high in coffee, and it is the primary reason most people adopt the habit of drinking it. People are usually addicted to it, and a cup of coffee works for them as a mood-altering drug. Coffee enthusiasts do not consider coffee as just a beverage; for them, it is much more than that. They say coffee does not only help in building individual relationships, but it creates communities. You can learn about the healthy ways to enjoy your coffee.

Coffee, which is one of the most consumed beverages all around the world, has taken the status of a social drink, especially for those who do not consume alcohol in any way. Having official meetings over a cup of coffee, or a hangout with friends at a coffee shop is a regular thing in urban cities.  People drink coffee for plenty of reasons, and some love to consume different flavors of it in one day. Regardless of the reasons for drinking coffee, the truth is the number of coffee drinkers is growing exponentially. Coffee aficionados love to explore the different flavors of coffee, and it is the first thing they try when they visit a new city.

Coffee is specific to brewer’s genius and comes in a variety of flavors. The following are different varieties of coffee that every person should try.

Healthy Varieties Of Coffee You Must Try

Espresso is a popular choice amongst coffee drinkers. An espresso coffee machine shoots up the boiling water through coffee beans and captures the very essence of them. Rich and aromatic espresso have all the elements that tantalize the taste buds of coffee drinkers. The beans selected for espresso are roasted for a more extended period and have an unmistakable odor. Generally, people prefer hot espresso, but iced espresso has lately claimed its place in the arena of coffee. Fresh roast coffee beans get better with time, but if someone leaves it for a much longer duration, it loses its distinctive touch.

Latte is another famous variety of coffee and has several flavors of its own. Its uniqueness is in its versatility because it is easy to customize as per drinkers’ preference. You can make a classic latte with two primary ingredients, milk and shots of espresso. People with a sweet tooth tend to add sugar in their latte; however, it is not a sweetened drink. Baristas display their creativity with the art on a latte, and it is one of the reasons people do not make it at home and instead visit a coffee shop to get their dose of caffeine and enjoy the art of baristas.

A cup of Americano requires hot water and one or two shots of espresso. When you pour boiling water on the shots of espresso, it reduces the intensity of it. Nevertheless, Americano is bold in taste as compare to other types of coffee, which is why people usually do not drink more than a cup of it at a time. Americano is not for the people who want mild coffee with milk as the crux of Americano is in the harsh taste of it.  You can learn about how to prevent coffee stains on your teeth.

Turkish coffee is highly prevalent in the region of Central Asia and is gradually gaining popularity in other parts of the world. The coffee is prepared and presented following Turkish tradition. The specialty of Turkish coffee lies in the brewing method of coffee beans. The first step is to boil finely grounded beans with cardamom and sugar in a peculiar traditional small coffee pot called an ibrik. After brewing the coffee, it is made to sit for a few moments to allow the grounds sink in the cup and hence, enhances the savoriness of it.

Geisha coffee, often spelled as Gesha coffee, has recently taken the top spot as the most expensive coffee in the world. The high-priced coffee offers exquisite flavors of mango and mandarin. It requires unique cultivating conditions, certain altitudes, and photosynthesis, which is why it is costly amongst other varieties of coffee. Despite it costing a whopping amount, the demand of Geisha coffee is very high.

Hawaii Ka’u is one of its kind because of its natural caramel-like sweetness, which offers notes of roasted pecans. The excellent Hawaii coffee is aromatic and has an exceptionally smooth taste. Hawaii Ka’u came to the forefront in the decade of 2000 when it entered the Specialty Coffee Association of America and won prestigious awards. After winning accolades the demand in Hawaii, Ka’u coffee saw a sudden hike, and worldwide recognition has resulted in the boost in price.

As the name implies, farmers use no chemicals or synthetic fertilizers in the growth of organic coffee beans. Most organic coffee growers cultivate beans in the canopy of shade, where they tend to ripe slowly. The snail-like ripening process of beans intensifies the flavor, which is why a small amount of organic coffee gives a strong taste of it. Organic coffee beans contain healthy antioxidants, which have a positive effect on coffee drinkers’ health. Kona coffee is one of the best types of organic coffee that has a lot of benefits for your body if consumed in moderation.

Coffee enthusiasts say that it is not just a caffeinated mixture that people need to give a boost to their energy. It connects thousands of people around the world, and despite diverse ethnicity and backgrounds, coffee drinkers understand each other very well. A cup of coffee can have different effects on different people. While it can soothe the nerves of a panicky person, it can also be an excellent platform for productive meetings.

Coffee has plenty of different flavors, which are dependent on the process of its cultivation. Various techniques of roasting and brewing give the coffee a distinctive taste. Experts say methods of cultivation, processing, and brewing of coffee continue to evolve, and there will be more flavors of coffee in the upcoming years.