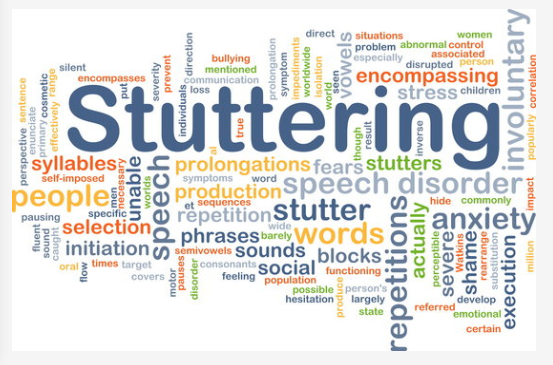 Speech sounds are made by a series of coordinated muscle movements that involve breathing, voice production, and articulation. These muscle movements are controlled by the brain with the help of our five senses. It may seem straightforward, but a considerable number of people’s brains struggle to coordinate these muscles properly and create speech issues, and one of them is called stuttering.

Stuttering is a speech disorder that is characterized by prolongation and repetition of words, syllables, and sounds. According to research, the person suffering from stuttering knows exactly what to say but he or she struggles to produce a smooth flow of speech. These interruptions can also be accompanied by other behaviors such as rapid eye blinks and lips tremors. As a result, the stutterers’ interpersonal relationships and quality of life struggle immensely. Moreover, this disability also affects job performance and opportunities because communication is considered a crucial skill needed for most of the jobs.

The intensity of symptoms is not fixed and keeps on changing throughout the day as it depends upon the number of external stimuli such that the increasing number of stressors intensifies the symptoms of stuttering. For example, individuals will stutter more when they find themselves speaking before a person or a group. On the other hand, the intensity of symptoms ameliorates while singing, reading, or speaking in unison. 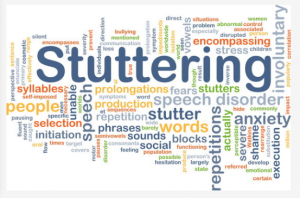 It has been estimated by various studies that around 3 million Americans stutter and these people belong to all sexes and ages. It happens more often in children of ages between 2 and 6 years, and it has been recorded that boys are two to three times more likely to stutter as compared to girls. Moreover, this gender difference increases as they get older. One piece of evidence suggests that around 75 percent of such children recover from stuttering, while the remaining 25 percent continue to stutter throughout their lives.

See also  How Your Uveitis Can Be Treated

Causes and types of stuttering:

Neurogenic Stuttering is another type of stuttering that occurs as a result of an injury like stroke or head trauma. With this type of stuttering, the brain finds itself inadequate in coordinating various regions of the brain that are involved in speaking. As a result, the individual with neurogenic stuttering struggles to produce a smooth flow of speech.

How to stop stuttering?

Even though modern medicine has progressed by leaps and bounds over the last few decades, it has still failed to find a cure for stuttering. But, some ways can be used to manage stuttering that includes stuttering therapy, drug therapy, and the use of electronic devices. If you are wondering how to stop stuttering, then you should go over the following potential treatments.

Stuttering therapy revolves around reducing the anxiety associated with stuttering by involving techniques like breathing exercises, speaking slowly, and gradually transitioning from single-syllable words to more complicated ones.

Drug therapy involves the use of drugs but there exists no FDA-approved drug that can be branded as the cure for stuttering. In drug therapy, only those medicines are used to reduce the minimize symptoms of stuttering which are normally used to relieve anxiety. But, these drugs have side effects and cannot be used for a long time.

See also  What You Need To Know About Herpes

Some Electronic Devices can also be used to minimize the symptoms of stuttering. For example, one such electronic device fits into the ear canal like the hearing aid and it replays the slightly altered version of the wearer’s voice into the ear. As a result, the wearer feels as if he is talking in unison with someone and it helps him in controlling the symptoms of stuttering.