Home » 5 Reasons Why You Are Struggling With Breathing While Running 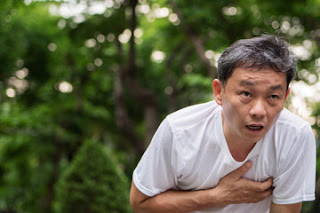 When it comes to running, breathing problems happen even to the best of us. Breathing is actually one of the main reasons why so many beginner runners give up so early since they just can’t handle it. While there’s no definitive answer on how to improve your breathing technique, there are various tips you can implement into your routine and see if they help you or not. There’s nothing worse than a running slump for those of us that love to run and shortness of breath is probably the most common reason for it. In this article, we’ll offer some insight into what might be the problem with your breathing and just how it affects your running routine.

YOU SHOULD READ:- 4 Solid Reasons Why Exercising While Dieting Makes It Easier to Lose Weight

As far as proper running goes, opinions can vary whether you should breathe through your mouth or through your nose. Those that support the claim that nose breathing is superior, claim that the nose will help you regulate your breathing while also warming the air before it gets to your lungs. On the other hand, mouth breathing is claimed to be more natural and thus maximizes the oxygen intake.
Most people develop a sense of comfort with one way or the other and tend to stick with it no matter what. You might actually be better off with the other technique, something you won’t know unless you try. If you’re struggling with your running at the moment – it might be a good idea to opt for this rough transition, as you just may drastically improve your performance.

What most runners struggle with is to actually take in as much oxygen as they can. When you get more oxygen delivered to your lungs – your whole body will feel less fatigued because it’ll be ‘fueled up’. This is why it’s so important to take deeper breaths when running, as your muscles will get more oxygen overall. It’s sometimes difficult for runners to concentrate on their breathing – but it’s absolutely essential that you try and take slow, deep breaths if you want to have better results while running. Deep breathing can also help you reduce your stress level even when you’re not running, so you should definitely give it a shot.

ALSO READ: 8 Workouts You Can Do At Home To Get The Perfect Summer Body

3. You Didn’t Find Your Breath Rhythm

When you get fatigued, you’ll notice that you sometimes exhale the air in a certain pattern. It’s completely natural for runners to develop a breathing pattern as this can help you run faster and for longer period of time. However, you need to find your own rhythm that works for you – and pretty much anyone is capable of doing this. With a breathing pattern, you’ll be able to get more oxygen to your muscles, improve your focus while running, and improve respiratory system efficiency. It’s important that the pattern you develop seems natural to you, as this is a big part of making you feel comfortable while running.

The best way of breathing while running is actually through your stomach. If you want to make the most of your breathing, you need to stop with your habit of chest breathing and go with diaphragmatic breathing instead. When breathing with your chest you’ll basically be taking in a minimal amount of oxygen, thus making your breaths shallow and faster. Stomach breathing, on the other hand, means that your stomach should expand when your diaphragm forces the air in and out of your lungs.  You’ll be doing this properly if your chest remains still and you’re managing to take deeper breaths with your stomach, which contracts instead.

See also  7 Exercises You Can Do Right In Your Chair

Most people don’t know about it, but a deviated septum is more common than you’d think. If you’re using your nose for breathing while running, this issue may make it impossible for you to take in enough oxygen to keep your body moving without feeling fatigued all the time. People with this condition should either switch to mouth breathing (as it will provide way more oxygen for them), or go for a rhinoplasty surgery. In any case, there are different medical issues that can severely impact your running performance, which is why you’ll want to take care of them first before committing to this sport. 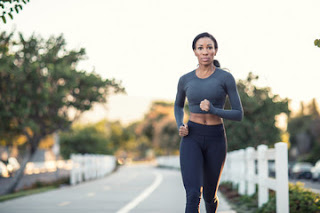 Bottom Line
While both mouth breathing and nose breathing can be used while running (depending on what suits you the best), there are still some techniques that are considered the best for runners. Diaphragmatic breathing is extremely important for anyone who’s looking to improve their performance in any sport. While running, your body will affect your mind and vice-versa, so the state of mind you’re in can also significantly impact how you’ll perform. By staying focused you’ll have a much easier time and you’ll feel healthier overall after your training routines.