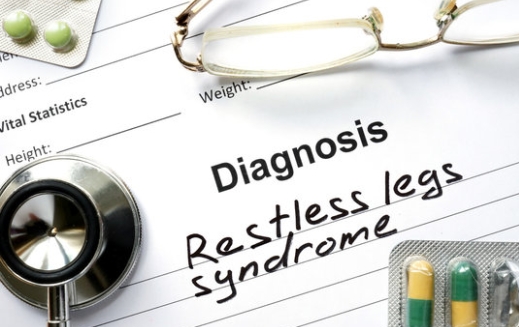 Restless Legs Syndrome (RLS), also known as Willis Ekbom disease, is a neurological disorder that causes painful sensations in the legs accompanied by a powerful urge to move them. The intensity of the urge to move the legs increases when the person tries to relax or sleep, which makes it particularly difficult for RLS sufferers to have a good sleep. This negatively impacts their normal daily activities by causing fatigue and daytime sleepiness, etc. It is a one of the most common sleep disorders.

Lack of proper sleep routine will further put a restless leg syndrome sufferer in a position where they’re at risk for further health challenges such as depression. Restless legs syndrome is a lifelong illness that has no cure, although proper medications can help cushion the illness’s negative impacts. Research has shown that women are twice as likely to develop the condition. It is most prevalent in older people.

There is no definite cause for restless legs syndrome, and it is mostly attributed to gene and environmental effects. However, research has indicated a connection between restless leg syndrome and low levels of iron in the brain, regardless of an iron test showing normal levels. Restless Legs Syndrome may also be linked to the obstruction of the dopamine path in the brain. Most people that have Restless Legs Syndrome also suffer from Parkinson’s disease. Parkinson’s disease is also related to the disturbance of the dopamine path in the brain, so the treatment for both illnesses uses the same medication most times.

Drugs and medications that are used to treat conditions such as depression, psychosis, etc., have also been identified as possible causes of Restless Legs Syndrome. Another possible cause of restless legs syndrome is the presence of underlying conditions such as neuropathy, diabetes, and kidney failure. But the restless legs syndrome disappears when the underlying condition is treated. 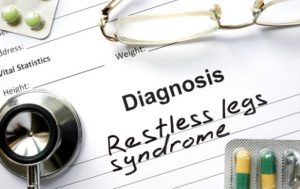 Dopaminergic agents: These are drugs that increase dopamine levels in the brain. They help to reduce movement in the body. Examples of such drugs are; pramipexole, ropinirole, and rotigotine. These medications have side effects that might end up worsening the restless leg syndrome symptoms.

Sleep-inducing and muscle relaxing drugs: These are drugs that help to relax the muscles and induce sleep. Examples are; clonazepam, temazepam, etc.

Narcotics: These are drugs such as codeine, cocaine, oxycodone, etc.. They’re used to numb pain and relax the muscles.

1. Carry out walking or running exercises daily as much as possible.
2. Develop and maintain a fixed bedtime every day so you can have a better sleep routine.
3. Stretch and massage your legs at sunset. It helps to ease the pain and sensation.
4. Learn yoga or any other form of stretching that incorporates meditation.
5. Quit the consumption of the following items immediately; cigarettes, alcohol, and caffeine.

Restless leg syndrome is a condition that can be managed with proper care and medications. Maintaining a healthy lifestyle and taking all the measures listed above is a great way to managing the condition.