Home » When is it Time to Visit a Neurologist? Dementia Symptoms You Shouldn’t Ignore 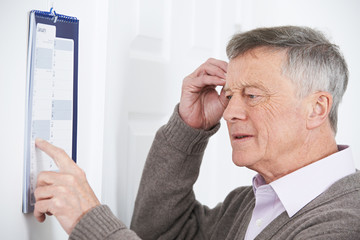 Dementia occurs when the brain’s nerve cells deteriorate to the extent that they stop working. Although the term is used synonymously for memory loss, dementia also affects spatial, cognitive, behavioral, and reasoning skills. As it progresses from a mild to severe stage, dementia also hinders normal day to day activities.

In addition to it, the immediate family of the patient, his career, and society at large faces a psychological, social, and economic impact. Though this is a lesser talked about the fact of this disorder and needs to get addressed.

As we age, our brain function is bound to regress. However, in a person suffering from dementia, it occurs at a faster pace.

According to The World Health Organization, nearly 50 million people have been affected by some sort of dementia as of 2019.

The actual number of sufferers might be a lot more than this is. We consider the fact that not all cases receive a formal diagnosis.

The staggering numbers raise a question as to what are the telltale signs of dementia that require a visit to the neurologist? If you suspect dementia in any of your loved ones, you must equip yourself with the basic knowledge that will help you spot the warning signs.

In this blog, we will guide you on how you can tell between being a usual scatterbrain and symptoms that point towards possible dementia requiring a visit to the doctor. So Let’s begin. 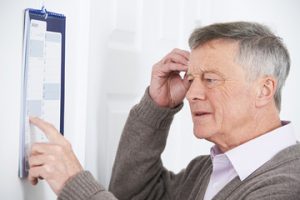 See also  How To Solve Different Health Problems with Physiotherapy

Another example is not being able to see something that is lying in front as the patient can’t perceive the object. This is one of the earliest symptoms of dementia. Other than these, more signs of a decline in visual and spatial abilities could be:

Loss of Sense of Direction

A failing sense of direction is a telltale sign of dementia. The patient has trouble remembering the way to his home, even if he has been using the same path for decades. Or, they could feel irritated as they can’t find the balcony in their own home.

Feeling confused about direction can be a very dangerous symptom as it could lead to risks while driving and walking on unusual paths.

Someone who is a dementia patient frequently feels disoriented. Not only they tend to forget the date, month, or year, they can also face difficulty in tracking time. 10 minutes may seem like ten hours to them, or they could feel that they haven’t met a person for a year although he met them just yesterday.

A regressed spatial ability makes even the simplest task, like tying a shoelace or wearing a coat very difficult for dementia patients. As it affects depth perception, the patient would not be able to make out navigating tasks, as simple as eating or preparing a simple meal.

Spotting these early symptoms of dementia and seeking Professional help will help you to improve the patient’s quality of life.

Memory loss is the most common red flag for dementia. Which is why most of us relate the two in general. As per the findings of YouGov polling for Alzheimer’s Research UK, 23% of people believe dementia is caused by brain disease or degeneration, and 46% think of it as loss of memory.

Two months into my marriage, I visited my grandmother with my husband. She looked perfectly fine, but I instantly became alarmed when she asked who this man was in a confused manner. She also asked me whether I attended my college class today or not (I graduated almost 5 years back.) She couldn’t recall my wedding of which she was very much a part of.

This was one of the signs, after which we took her to the neurologist who confirmed the onset of dementia after conducting tests.

Impaired cognition is a sign of Dementia disorder. Forgetfulness, personality changes, difficulty in solving any sort of issue, and struggling with emotions are a few signs that signal towards a decline in cognitive abilities, which are usual in dementia. Some of the signs you may notice are:

If a person has started to feel angry or anxious in noisy, overwhelming situations, and is unable to control his irritability, it may be a pointer towards dementia. He might feel agitated in a confusing situation as he is required to use the brain, and he cannot do so.

To manage such symptoms, a practitioner may prescribe psychotropic medication; therefore, visiting the neurologist is advisable if you spot this sort of behavior issue.

A less frequent struggle to find an apt word while conversing is not something to worry about. However, if you notice that a person is almost always at a loss of words, so much so that it becomes difficult to communicate with them, it’s probably dementia.

One more thing that you can spot is a disjointed conversation as the patient quickly forgets what he was talking about seconds before.

Problem-solving and reasoning are severely affected by dementia, and you will most likely find that the patient is no longer able to make a confident decision, which he did pretty well previously. For instance, they may face trouble in property matters, financial matters, and social judgments due to the hindrance in processing information.

The signs of cognitive impairment can be managed and even avoided if a patient gets timely diagnoses and treatment. Also, brain-challenging activities such as solving riddles and playing puzzle games are suggested to keep your brain healthy and may keep disorders like dementia at bay.

Abstaining from alcohol may contribute towards slowing the progression of dementia by up to 85%, according to a study published in Neurology.

Moreover, it was concluded by a Mayo Clinic study that elderly who were aged between 70 and 90 were less likely to develop mildly impaired cognition if they participated in moderate physical activities like walking and biking.

We have stated some glaring warning signs that have been a common occurrence in dementia patients. Remember that all of them could also be caused by some other mental disorder, hence visiting the neurologist is the best thing you can do to rule out any other issue.

By being aware of the symptoms and management of dementia, we can work towards destigmatizing the illness so that we can get better diagnosis and care for the suffering.