Home » 5 Diseases That Can Be Treated With Laughter 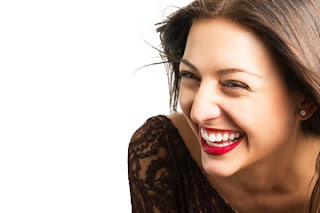 I’m sure you have heard the popular saying “laughter is the best medicine”. Many people understand laughter to be an action that is performed when they are happy and something that makes them feel good, but laughing is so  much more than that. Laughter is a contagious emotion and a natural medicine.

Since a medicine is a something that promotes healing, treats or cures a disease, can laughter treat diseases?  And if yes, what diseases can be treated with laughter? These questions will be answered shortly.
Before I delve further, I would like to relate to you the story of Norman Cousins. Norman Cousins was a renowned journalist and world peace advocate, who was diagnosed with ankylosing spondylitis, a degenerative and debilitating disease of the spine, in 1964 (Although it is now thought that his illness was more likely a different form of reactive arthritis and not really ankylosing spondylitis). The doctors told him he had few months to live. However Cousins was an optimist, he checked into a hotel room and spent hours watching comedy movies. The result, Cousins was eventually cured of his illness and went on live for 26 years longer than the doctors expected.
Laughter is very beneficial to the body and many people have written about its numerous health benefits. But today you’ll learn something new, which are the diseases that have been medically shown to be treated with humor or laughter.
Can laughter cure a diseases?
Laughter alone can’t cure an ailment, but it provides manifold physical and mental health benefits to the body. It can also be used to alleviate several disease conditions.
How then does laughter improve your health? Whenever you laugh you set of mechanisms in your body that enhances your physiological and psychological health. Some of them are;
• Laughter reduces cortisol levels in the body. Cortisol also known as stress hormone, is released when the body is mentally or physically stressed. An increase in this hormone will lead to high blood pressure or heart diseases.
• Laughter also boosts the immune system, by increasing the number of antibodies in the bloodstream. There are other benefits of laughter to body. So now, let’s find out the diseases that laughter can treat.
1. Cancer
The first disease on the list is cancer. I know you might be wondering how laughter can help in treating cancer, but relax you are about to learn something interesting.
First of all, having a good laugh can prevent cancer, because intense physical or mental stress can weaken our immune system. And a weakened immune system is one of the major causes of cancer.
Secondly, the act of using laughter to improve overall health and wellbeing is called the laughter therapy. Laughter therapy has been used in the treatment of cancer, how so? Laughter induces physiological and biochemical changes in our body that have an astounding effect on the development of cancer.
By integrating laughter therapy along with the conventional cancer treatments, the overall healing process from cancer is greatly increased. Laughter therapy for cancer patients is used to increase their positive thoughts, combat their negative thoughts and enhance their mental wellbeing, as well as inducing physical changes.
At the Cancer Treatment Centers of America (CTCA), this laughter therapy is extensively used. They offer humor therapy sessions or laughter club , to help cancer patients and their families use and enjoy laughter as a way to enhance the healing process. The patients don’t even need to fInd anything funny to genuinely laugh about, because the therapy uses fake or forced laughter, which works. This is because whenever the patient laughs the brain releases endorphins, which acts as the body’s natural painkiller, and mood enhancer.
[Source]

See also  10 Mental Health Tips For Online Learning
2. Depression
Depression is a mental illness, that negatively affects thoughts feelings and actions. Depressed people normally have negative thoughts and are emotional weighed down. However depression can be prevented, treated and diagnosed with laughter therapy.
There are many methods for treating depression, but laughter therapies are fast gaining ground as an effective treatment. Laughter yoga or laughter exercises is one of the ways laughter is used to treat depression. Laughter yoga incorporates yoga techniques, breathing exercises and playful laughter to treat depression and other mental or emotional problems.
Laughing with other people is one of the best way to combat depression with  laughter as it improves our mood through social connection and an increased feeling of belonging. Laughing with friends can decrease feelings of alienation and lowers our risk for depression.
[Source]
3. Eczema
Laughter and humor has also been shown to improve the condition of people with eczema.
In a clinical study of 20 patients with atopic eczema, dermicidin (DCD)-derived peptide, an anti-microbial peptide found in the sweat gland, was found to be decreased in these patients. However, after viewing a humorous video, the patients had increased level of DCD.
[Source]
4. Insomnia
Insomnia is a sleeping disorder characterized by irregular sleep patterns and the inability to sleep properly. Laughter can be used to treat insomnia in many people. Laughing causes the body to produce more melatonin, a hormone released by the brain that helps you sleep better.
Scientific research has also shown that laughter can improve sleep patterns and is an effective treatment for insomnia. Guffawing in the evening, or just before going to bed will help you have  sound night rest.
[Source]
See also  5 Easy Ways to Practice Self-Care
5. Post-traumatic stress disorder
Posttraumatic stress disorder (PTSD) is a condition that develops following some stressful situation or event. The symptoms are sleep disturbances, recurrent nightmares and lack of concentration.
Laughter is a great way to deal with PTSD it can uplift your spirit and help you vanish negative thoughts. Laughter therapy is also used to treat PTSD in people who have been in difficult circumstances, like soldiers or abused people.
[Source]
Conclusion
I acknowledge that laughter is not a miracle panacea, but has a lot of wonderful benefits to the human body.  Always seize every opportunity to laugh, watch comedy movies,  joke with friends and loved ones. You can even fake a laughter, when you are sad or angry and feel much better.
I hope you’ve learned something worthwhile today and that you determined to increase your daily dose of laughter. Remember “a laughter a day keeps the doctor at bay”.